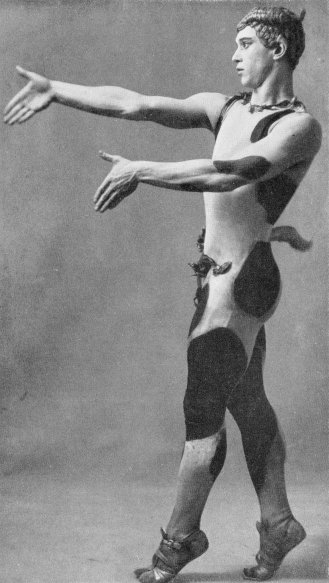 Arthur Rubinstein wept when he saw the 28-year-old former god Vaslav Nijinsky dance in absolute confusion. After a performance in La Princesse Primitive at the Vieux-Colombier theatre, the Paris Times wrote, “When she reaches her full capacity for rhythmic dancing, James Joyce may yet be known as his daughter’s father.”

Dance was an obsession of the mad girl, who left rhythmic dance in her 20s to start training for classical ballet. Too late, of course. Discouraged, she soon quit dancing altogether. After marrying Romola – which Diaghilev took as a personal betrayal, for they had been lovers, Vaslav and him – Nijinsky was dismissed from Ballet Russes. He wrote to Stravinsky, “If it is true that Serge does not want to work with me … then I have lost everything.”

What followed was a series of breakdowns. The diagnosis: schizophrenia. That terrible word which, like love, means too much and too little. Rest of the life was spent in institutions. She once said to her companion about her situation, “…just as if you had been very rich, and collected many valuable things, and then they were taken away from you.” The legendary man never danced in public again, and instead kept a diary that he signed as: god, Nijinsky.

Look at them, so young, still not completely drowned. It’s as if, beyond time, beyond space, beyond any barrier, the two hold each other’s hands and dance a pas de deux each night, somewhere outside the world and body.

They will start any moment now.

Wait. I can hear the music.

Here it begins. Just see. The magic, the magic.

Saudamini Deo is a writer and photographer from India.

One thought on “Lucia and Vaslav / Saudamini Deo”