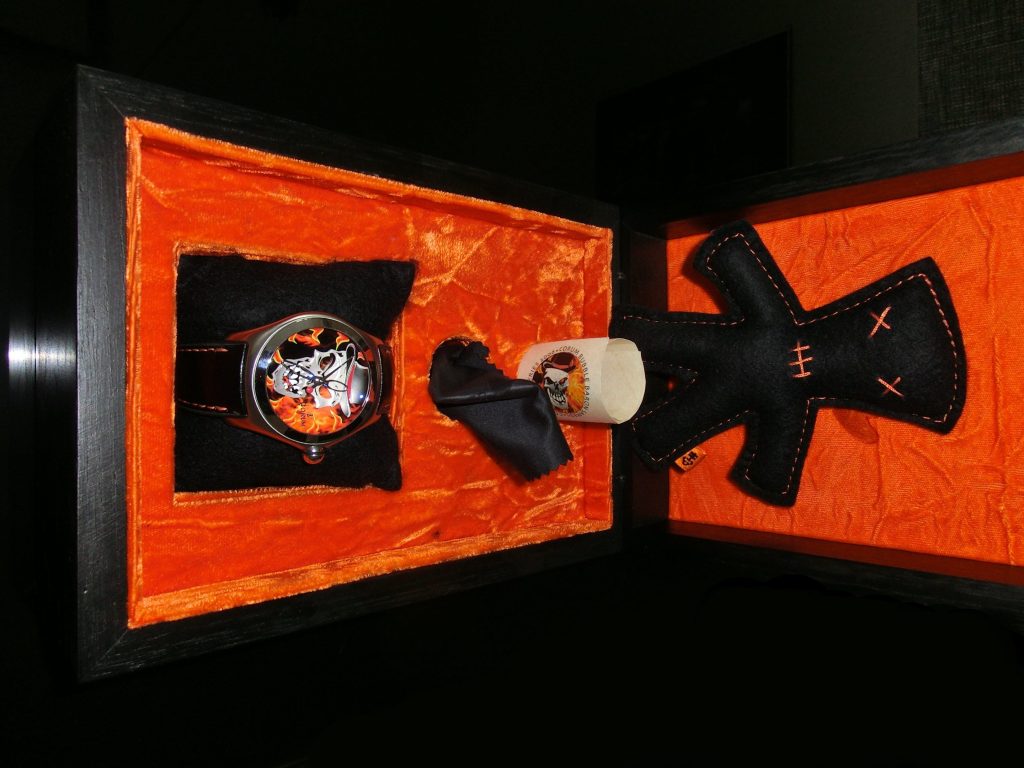 RIC-J: Baron Samedi, welcome to our little journal. Here’s some old rum and Cuban cigars. Now will you talk to us?

B.S.: Sweet mortal, what you do have to know is that Tony and I are the same, we are equal, we are just one single essence… Call me Tony Saturday, if you prefer.

RIC-J: Why Samedi? The goddess Kali is associated with Saturday. Do you know Kali?

B.S.: My wife, Grande Brigitte, has another aspect, that of a beautiful girl dancing on dead enemies, playing chess with bones, eating human hearts, and having sex in bathtubs filled with fresh blood. Call her Kali too, she’s the same one. Understand one thing, now and forever: gods (which are only a concretion of energies) have multiple facets with various names, faces, stories. Call this“correspondence”.

RIC-J: Oh, the first bottle is already empty. Do you want more rum?

B.S.: My blood is rum. Barbancourt, five stars. Give me one more, I’m anemic.

RIC-J: You are a famous womanizer. Who is the woman you want? Who do you want in the bedroom?

RIC-J: You are an ioa. What do you know about Bon Dieu?

B.S.: “Loa”, not “ioa”. Pronunciation is important. You should improve your Creole. Your French too, maybe. Bon Dieu is my boss, a very distant one. He’a a cool guy, letting me do whatever I want. He doesn’t smoke cigars, never drinks alcohol, never has sex. Sad one. I prefer my (eternal) life.

RIC-J: Who tailors your black suit? Where did you buy the black hat? We want one. Please tell us.

B.S.: You like my suit? It’s a Hugo Boss. I got it from the General Consul of Argentina’s coffin, some years ago. Black hat is the one of Churchill, don’t touch it, it’s very… sensitive.

RIC-J: Do people return after death?

RIC-J: In India, people worship Bhairo. Like you, he is a connoisseur of rum … is he a cousin?

B.S.: Again, that’s another facet of me. But I prefer Haitian rum. Indian one is a shit. But Indian lips are… Wow.

Book? Hadriana dans tous mes rêves, by Depestre. I was so happy to discuss with him at the moment of his death…

Death? The little one… The only one.

RIC-J: You tell really funny and filthy jokes. Share your favourite dirty joke with our readers.

B.S.:It’s a father that says to his daughter: mmmmm, you have sex like no other. She answers: yes, my brother said this to me too.

B.S.: Life is short. Death is short too. Don’t miss both.

RIC-J: In the memory of a Sufi patient, please define life in two words.